At Daastan, we have a diverse literary pool. Every time we come across a project, there’s either something unique about the book or the authors. This time Daastan found both in one person. Let us introduce you to Rabeeta Abbas. She is a 16 year old published author from Karachi with a very out-of-the-box approach towards life. In this week’s live session, we conversed with Rabeeta Abbas about her debut book and writing journey. 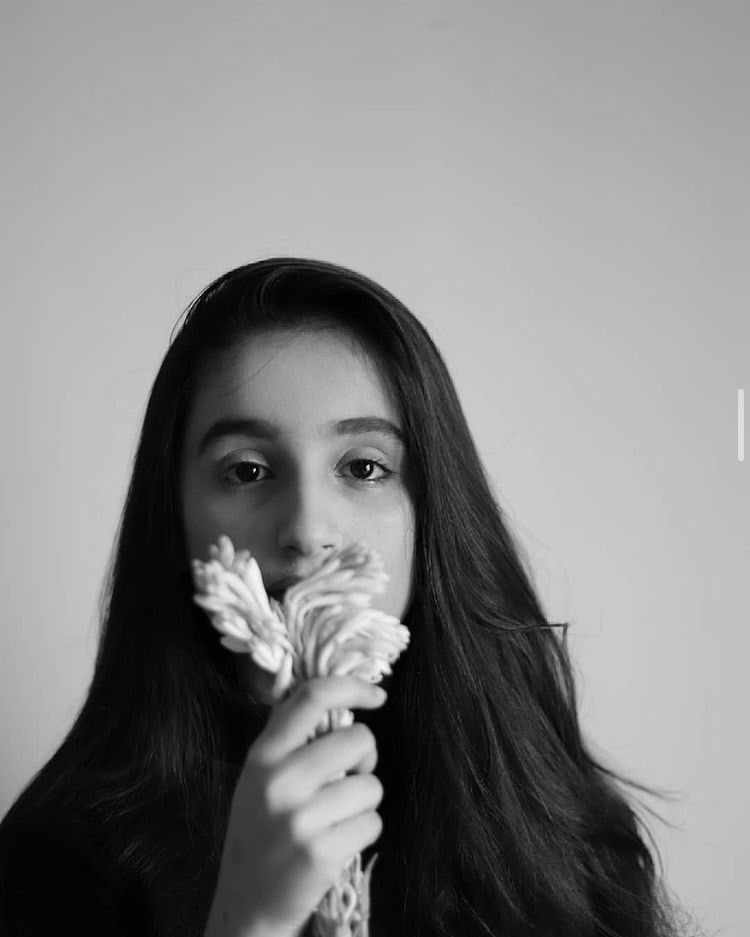 Rabeeta and Her Writing Journey

Our Marketing Associate, Noor ul Huda Tahir hosted a candid interview with Rabeeta. In the interview, Rabeeta shared her thought process and writing journey along the following lines.

“I write in both poetry and prose. Depending on the topic, I decide either to go with poetry or prose. For instance, I believe descriptions can be done better through poetry. Whereas, for dialogue driven narratives, I opt for prose.”

Even though Rabeeta is of tender age, her thinking pattern is commendable.

“I started writing professionally around the age of 14. Apart from my own projects, I write articles.”

Dead by Sunrise is Rabeeta’s debut book. The book is a dystopian fiction containing three different short stories that pose some worth-thinking questions. Earlier Rabeeta published her book through Amazon to start her charity project. However, as of now for the paperback version, she has opted Daastan for publishing. Get your copy now at Qissa!

Inspiration behind Dead by Sunrise

“The inspiration behind my book came mostly from Young Adult dystopian fiction like Hunger Games and Divergent. Dystopian fiction appeals to me for a number of reasons. Firstly, the contemporary setting of the genre seems relatable . Secondly, for the conspiracies it deals with. I love this genre so much that I created a story of my own out of it.”

Rabeeta and Her Hunger Project

Hunger is among the world’s greatest human crises. The statistics are alarming. Rabeeta being an empath could not turn a blind eye to people’s suffering. Therefore, she published her first book with the intention of donating whatever money she generated from it.

“I came up with the idea of making Dead by Sunrise a charity project to help people survive. You stay entertained; people who need to survive, keep surviving.”

Having the debut book as a charity project aligns with Rabeeta’s vision. Through her writings, she aims to reform a morally corrupt society. Moreover from the royalties made, she hopes to run food drives and a number of other welfare projects.

Why did you choose Fiction ?

Each genre of writing has its own perks. For instance, the possibilities with fiction are limitless. One can literally create an imaginative world without having to rely on real life. Rabeeta also shares a deep appreciation for fiction writing.

“I deliberately choose to stay away from non-fiction. It is a choice that liberates me as a writer and a human being. But I do like to read non-fiction if it’s composed in the form of a story. However, writing it is something that I don’t plan to do.”

As we know that Rabeeta loves to juggle between the two genres; poetry & prose. We asked Rabeeta about her views on poetry, and stereotypes surrounding it.

“Writing is not about rules. Of course polishing a piece of poetry does require following some rules, but mostly poetry is about giving a voice to your emotions. Personally, I write what I feel. On top of that, I am an empath and a keen observer. So unintentionally or intentionally I end up drawing inspiration from the world around me.”

Rabeeta and her Future Plans

”Experimentation is my niche. In future, I am hoping to experiment more with my writings. Apart from that I have a poetry compilation in the works for near future. In addition to that, I am working on a historical fiction.”

Interviewing Rabeeta was a refreshing experience. She’s determined, creative and an optimistic soul. Team Daastan wishes Rabeeta a very bright future ahead. Support Rabeeta’s cause by buying her book and feeding the hungry!

Noor Hashmi
Noor Hashmi is a student of literature at Numl University. She is an aspiring poetess. She runs a blog by the name of “Diaries of Huda” sharing her journey through poetry. In her free time, she loves to paint and bake.

What Does It Take To Make A Good Autobiography?

We all have stories to tell about our lives,...
Read more